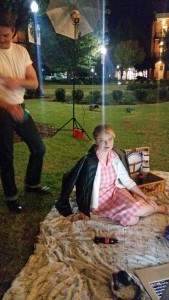 This fall, the current advanced class (ART 319/418/518/618) put together a photo shoot in Woods Quad. The theme was a “Clash of Eras,” depicting a 1950s-era couple on a picnic in period garb, enjoying the latest in current technology.

This project required problem solving and creative solutions on many levels. This was an exercise in “directorial mode” photography where fictional realities are staged for the camera. Students developed characters based on period stereotypes, such as the “greaser” and “girl next door.” Props were carefully selected to reference the various eras, such as a picnic basket for the 1950s and a laptop computer for today. Special thanks goes to Todd Roberts, Costume Manager, Department of Theatre and Dance, who again helped develop the costume ideas and provided wardrobe from the theatre costume shop. Additional challenges were posed by photographing in Woods Quad at night. Supplemental lighting, was used to augment the ambient light of the Quad, added to the theatrical effect. Students were active in all aspects of the project: set design, choice of lenses, camera angles, lighting design and finally, the assembly of the finished images on the computer. 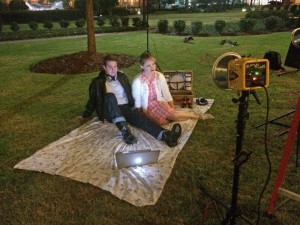 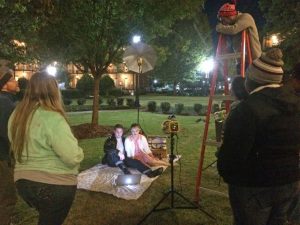 These are the final photos produced by the students: 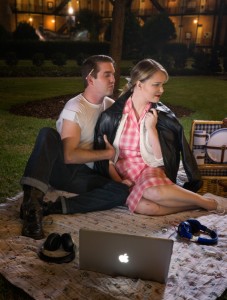 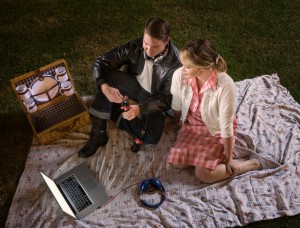