Craig Wedderspoon’s sculpture installation, Quilted Vessel, at the Birmingham Museum of Art will be open through January 2015. 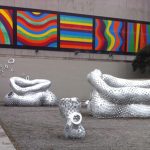 Cathy Pagani recently spoke on Late Imperial Chinese clocks at the symposium, “Behind the Vermillion Walls: Courtly Life in the Forbidden City” at the Royal Ontario Museum in Toronto.

Pete Schulte’s solo show in February, Between Moth and Flame, in the Whitespec space at White Space Gallery in Atlanta got a thoughtful review in Arts Atlanta art blog.

Pete Schulte’s exhibition A Letter Edged In Black at The Visual Arts Gallery at UAB was named one of the “Best Exhibitions in Dixie for 2013″ by BurnAway, Atlanta’s online art magazine.

The Alabama State Council on the Arts interview with Craig Wedderspoon 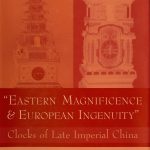 Jamey Grimes’ recent show at the Wiregrass Museum in Dothan.