Jamey Grimes has been appointed assistant professor of art in The University of Alabama’s department of art and art history. He will begin the new position on August 16, 2021, teaching sculpture courses and a course in museum studies each year.

“We are very happy to have Jamey join us in this new capacity,” said Jason Guynes, chair of art and art history, “We all know Jamey and have enjoyed seeing the success that he has had in exhibiting over the past many years. I am looking forward to the many contributions he will make in this new role and to new collaborations with University Museums.”

Grimes has served as a full-time instructor of 2D and 3D Design, Drawing I and II and Advanced Sculpture at UA since 2008. A Tuscaloosa native, he received a BFA in art and a BS in biology (with a minor in math) at Birmingham-Southern College, and an MFA in sculpture from The University of Alabama. 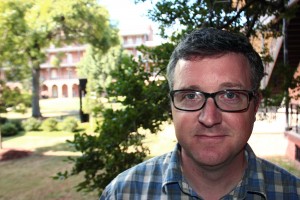 As a sculptor, Grimes explores the sometimes overwhelming and awe-inspiring relationship between viewer and nature in his larger-than-life sculptures, which often show the influence of his interest in biology. “The objects and environments that I create are fueled by encounters with natural forces, both real and imagined,” Grimes notes. With synthetic materials, often plastic, he manipulates them into forms that he hopes will “engulf the viewer in an experience that is

simultaneously unsettling and serene. My intent is to remind one of their relationship and scale to the forces of nature.” Grimes uses synthetics materials because “they have been cleansed of nature’s direct influence and reset by human manufacturing processes. Through abstraction and re-interpretation, patterns emerge from the medium and quickly emulate more complex natural designs.”

Grimes has shown his artwork widely throughout the US; most recently, his sculpture Taraxacum was installed in the John and Joyce Caddell Sculpture Garden in the Montgomery Museum of Fine Arts. In 2020, he held a solo exhibition, Formicarium, at Jones-Carter Gallery in Lake City, SC. Other recent solo shows were at Southeastern Louisiana State University, Hammond; Austin Peay State University, Clarksville, Tenn.; Covenant Fine Arts Center in Grand Rapids, Mich.; North Floor Gallery, Huntsville, Ala; and Jacksonville State University, Jacksonville, Ala.

His largescale sculptures have been permanently installed in the Montgomery Museum of Fine Arts; the Pinnacle Bank in Nashville, Tenn.; JW Marriott in Tampa, Fla.; the Pinellas County Health Department in Largo, Fla.; and at the Fairmont Chicago in the city’s Millennium Park. Other venues include 701 Center for Contemporary Art, Columbia, SC; Bo Bartlett Center, Columbus, Ga.; the Meridian (Miss.) Museum of Art; Kendall Galleries and the Urban Institute for Contemporary Arts in Grand Rapids; FAT Village in Ft. Lauderdale and Sculpture Key West, Florida; Delaware Center for Contemporary Arts in Wilmington; and Whitespace Gallery in Atlanta, Ga. 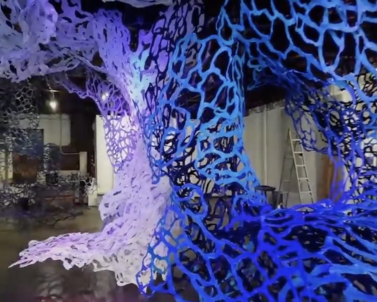 Jamey Grimes installation in Don’t Fence Me In, at Stephen Smith Fine Art in Fairfield, 2018 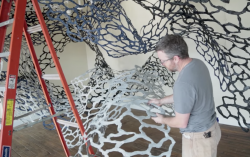 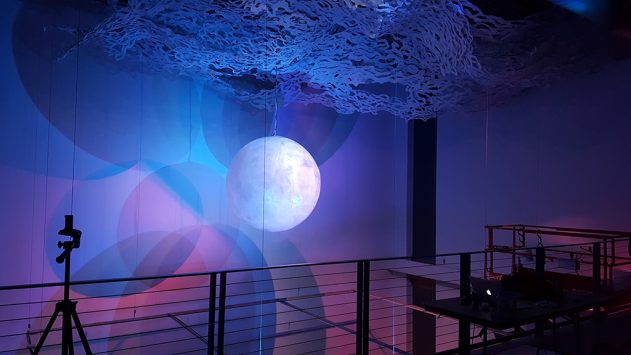