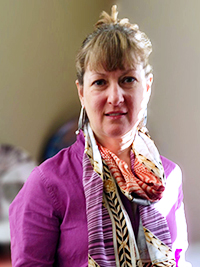 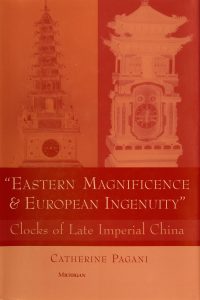 Since 2015, Dr. Catherine Pagani has served as associate dean of The Graduate School. Previously, she served as chair of the department for five years and taught art history since coming to The University of Alabama from Canada in 1993. Pagani has published and lectured internationally on the arts of Asia. Her book, “Eastern Magnificence and European Ingenuity”: Clocks of Late Imperial China  (University of Michigan Press, 2001), is the result of research she conducted at the Palace Museum, Beijing.

“From Curiosities to National Treasures: Chinese Art and the Politics of Display in Britain, 1842-1935,” Toward the Future: Museums and Art History in East Asia, Proceedings of the 2019 CIHA Colloquium in Tokyo. Eds. Hiroyuki Suzuki and Akira Akiyama. Tokyo: Japanese Committee for CIHA, Comité International de l’Histoire de l’Art, and the Otsuka Museum of Art, 2020: 57-68.

“Plant Your Flag: The MFA and the Tenure and Promotion Process in Liberal Arts Colleges and Research Institutions: How the CAA’s Standards and Guidelines Can Empower Art and Design Faculty” (invited)
Session on The MFA in Transition, College Art Association Annual Conference, New York City, 16 February 2017

“Elaborate Clocks and Sino-British Encounters in the Eighteenth Century” (invited)
The Inexplicable and the Unfathomable: China and Britain, 1600-1900
The Courtauld Institute of Art, London, England, 12 November 2016