pleased to announce the annual fall exhibition of work by graduate students in studio art, You Can’t Hold Water: Works by Graduate Studio Artists. The exhibition, held in the Sella-Granata Art Gallery in Woods Hall, opens Monday, October 1 and closes Friday, November 2, 2012. There will be an artist reception on Friday, October 12 from 5-8 p.m in the gallery.  The public is invited to attend, to meet the artists and encouraged to ask them about their work. 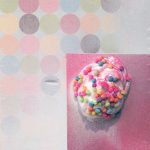 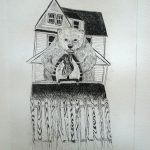 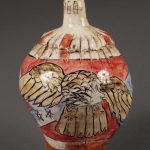 About the Sella-Granata Art Gallery: Located in 109 Woods Hall, The University of Alabama, the gallery is open during the school year. Hours are Monday – Friday, 10 a.m. to 5 p.m. except school holidays. In 2009, the honorary degrees and recognition committee of The University of Alabama Board of Trustees voted to rename Room 109 in Woods Hall in honor of two long-time UA art professors. The Sella-Granata Art Gallery, which primarily exhibits student work, honors the late Alvin C. Sella, professor of painting, and Angelo Granata, professor of sculpture and director of the Sarah Moody Gallery of Art. Professor Granata came to the university in 1949 and retired in 1998; Professor Sella, who came to UA in 1960 and retired in 1999, continued to teach until 2011.