Vicki Lowe (MA 1971) remembers it wasn’t easy convincing her parents to let her study art at The University of Alabama. “By junior year I was totally committed to art but my parents were certain I would not find gainful employment, so they lobbied heavily for me to teach English.” Lowe accrued enough art credits for the major, but majored in Education. “I never officially changed my major.” 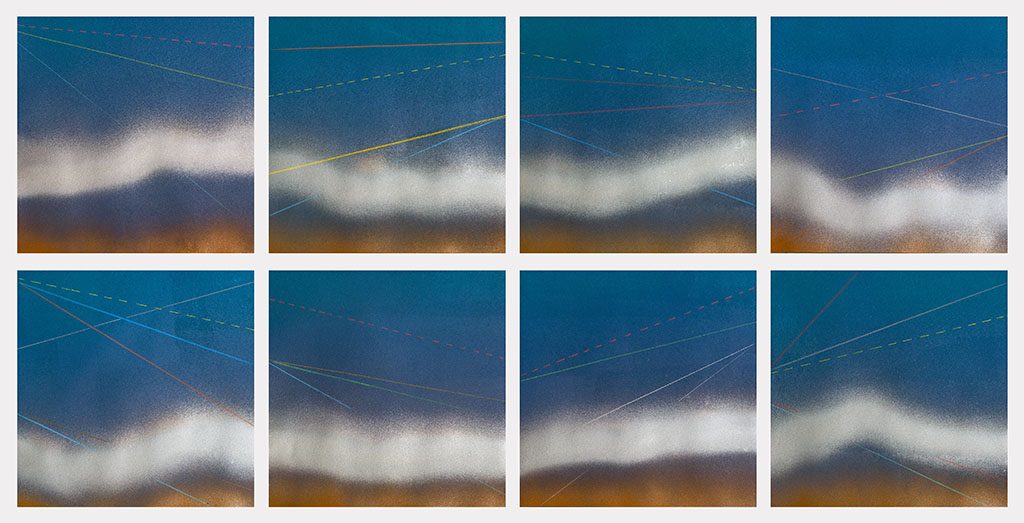 Last year, a 40-year retrospective of Lowe’s art toured the Midwest and the Southeast with stops at the Morris Museum in Augusta, Georgia, and the Hardin Cultural Arts Center in Gadsden. Lowe credits two renowned and beloved professors of painting at UA, Howard Goodson and Melville Price, for much of her success. Because of their teaching, she decided to study art at the graduate level and eventually went on to a long career as an artist and educator. 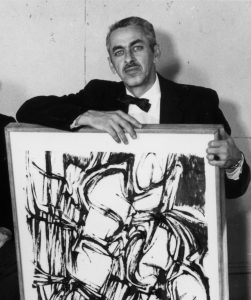 New Yorker Melville Price was one of the youngest members of the first generation of abstract expressionist painters and a close friend of painters Franz Kline, Willem de Kooning, Jackson Pollock and others. Price joined the art department at UA in 1958 to teach painting until he died suddenly of a heart attack in 1970.

While Lowe was in school from 1965 to 1971, Howard Goodson, his wife Willita (BFA 1949) and their sons became her “adopted family” in Tuscaloosa. A native of Vernon, Alabama, Goodson came to UA as an undergraduate, did graduate work at Columbia University and then returned to Tuscaloosa to teach until his untimely death in 1975 at the age of 55. 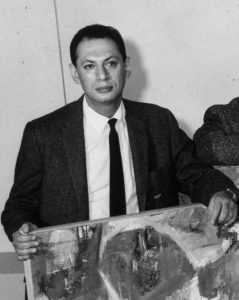 Melville Price and Howard Goodson both mentored Lowe throughout her years at UA. “During my junior year, Price and Goodson were my go-to professors for all things art. By senior year, they became even more influential in my artistic development.”

“[The Goodsons were] supportive of my art and provided an intellectual and emotional home away from home while I was in school and after.” After her professors’ deaths, “both their widows (Barbara Gillette Price [BFA 1966, MA 1968] and Willita Goodson Zoellner) remained strong influences and were supportive of me in various ways.” Barbara Price invited Lowe and two other former Price students to visit her in Washington, DC. “She introduced us to a big city art scene. She actually inspired each us to move to DC after school.” It was there that Lowe met two more UA art alumni, William Christenberry and Ed McGowin (MA 1964).

Lowe emphasizes that Goodson and Price had very different teaching styles, but says they had strengths that benefited their students. Both allowed students to make their own way in painting. During this time, Abstract Expressionist painter Hans Hofmann was an influential artist and teacher and Goodson and Price both used Hofmann’s “method of eliciting creative expression from the students,” Lowe said. “[Hofmann] helped students to find their own individual voices. Above all, in my mind, he did not teach his students to paint like him,” Lowe said. “That inspires a deeper creative confidence in the student. [Like Hofmann], both Goodson and Price, in differing ways, encouraged individual voices and new directions [in their students]. They each had a wide knowledge of art history and current trends and offered their students plenty of references to explore. Neither expected their students to emulate their styles.” 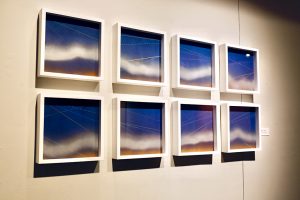 Both teachers, Lowe felt, were comfortable with their own artistic styles and conveyed that in teaching. “Rather than negatively criticizing a student’s work, they could find a successful element in the work and encourage exploration of it. The usual white-knuckle critique became a positive learning experience.”

By her junior year, although she was still an art minor, Lowe said she began to “feel a sense of confidence in her work. Later, when Art Oakes joined the faculty, I added sculpture to my list of interests. He was the same kind of open-minded and inspiring teacher as Goodson and Price.”

“Another important ingredient,” Lowe added, was that several of her classmates “were quite close and freely shared all kinds of ideas in class and at the Little Bo [a snack bar in Woods Hall]. National and regional politics had been and were continuing to be volatile. This was a time that inspired independent spirits among students at Alabama and at colleges everywhere.”

(2) Professors Howard Goodson and (3) Melville Price with their paintings during a March 23,1960, photo shoot for a faculty exhibition. Image courtesy of the Crimson White.