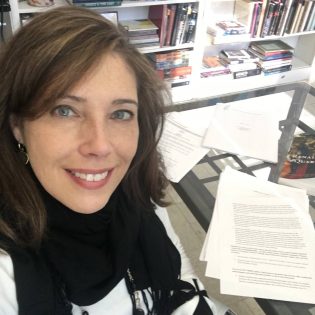 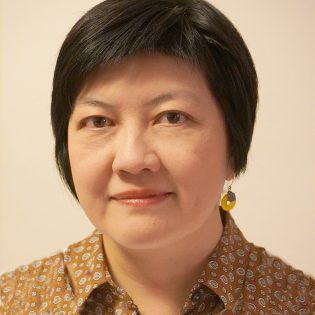 The award, for the 2020-2022 academic years, will support development of the on-line digital project Global Makers: Women Artists in the Early Modern Courts, a collaborative project between Jones, Sung, faculty and staff at UA’s Alabama Digital Humanities Center, and faculty and students in the department of computer science.

Jones, whose edited volume Women Artists in the Early Modern Courts of Europe, 1450-1750 (Amsterdam University Press) will be published in 2021, initially began work on the project in 2016, but with the collaboration of Sung it has expanded into a global context.  The project goal is to provide a peer-reviewed digital space that allows scholars to upload visual and textual resources – biographical, archival, and printed – related to early modern women makers into a database that will power a dynamic network visualization tool highlighting the connections between objects, artists, patrons and materials.  As a cross-cultural collaborative, Global Makers aims to make connections between the currently scattered information on women artists in the courts of the early modern period, which spans from the late fourteenth into the eighteenth century.

“Cultural contexts are distinctive in various regions,” Dr. Sung said. “With this project, we aim to uncover the unknown stories of women artists and discern how gender factored in the art histories of the early modern world.”

“In China, for example,” explained Sung, “the imperial court had been important patrons of the arts. Women, however, were never allowed to be court painters until the turn of the twentieth century. It was also rare for women artists’ works to be collected in the imperial collection. Due to the lack of historical records, women’s contribution to artistic development, especially in the imperial eras, has not been critically surveyed.”

“Only a few women painters were written into the histories of art,” said Sung. “Their critical merits were mostly established with the effort of the network of male agents, namely their relatives, and acquaintances in the elite cultural circles in the court. Such is the case of Qing dynasty artist Chen Shu (1660–1736), whose fame came posthumously through the commemoration and laudatory accounts of her life by her son who was a high-ranking official in the Qing court. The database tools will help to unravel these connections.”

An important goal of the project is to bring both information and a diverse group of scholars together. Jones notes, “Global Makers will encourage study of and innovative approaches to understanding the role early modern women played in the hands-on production of visual and material culture, disseminating information to a broad audience.”

The Kress Foundation funding, along with a CARSCA grant, will allow the co-principal investigators to hire two graduate student assistants: Rebecca Teague, who holds an MA in art history and is enrolled in the master of library and information studies program at UA, will be project assistant. As Jones and Sung invite scholars to contribute information to the database, Teague will assist with metadata schema development, research and data entry, and data contribution management. Pawan Subedi, a Ph.D. student from UA’s department of computer science, will design an innovative software application to support the network visualization function of the site. Along with Teague and Subedi, collaborators include Dr. Xiaoyan Hong, associate professor, computer science; Dr. Anne Ladyem McDivitt, Alabama Digital Humanities Center librarian and assistant professor; Alonzo Crawford, metadata librarian and assistant professor; Patrick Motley, Digital Humanities IT specialist; and the staff of the ADHC. Recent recipients of the Kress Foundation’s Digital Art History Grants include the National Gallery of Art in Washington, D.C., the University of Virginia, Yale University and the Metropolitan Museum of Art.