Two former students of the late Professor Gay Burke’s have extended her legacy of photography education to the next generation. 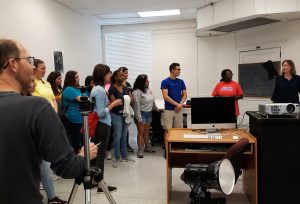 Andy Meadows (MFA 1994) founded the Booker T. Washington Magnet School Photography program in 1995 at the then Carver Creative and Performing Arts School in Montgomery. Meadows now works as Arts Education Specialist for the Alabama State Department of Education where he distributes grants to schools and works to improve arts education in Alabama.

Starting out with the unheard of budget of $20,000, Meadows outfitted a darkroom equal to many college-level darkrooms of the time. Since then, hundreds of students at “BTW” have learned the art and technology of film and digital photography, as well as what Meadows thought was just as important: how to run a photography business. Since 2009, Emily Thomas — first a student of Meadows at BTW and then a BFA major in photography (2004) under Gay Burke — has led BTW’s program. 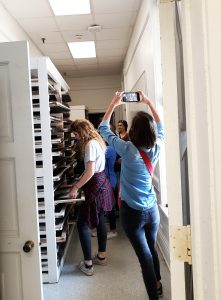 In August, a devastating fire at BTW destroyed most of their photo equipment. Thomas is now teaching photography from BTW’s temporary facility at Hayneville Road Elementary School. Meadows said that among the losses were $250,000 worth of, in some cases, irreplaceable darkroom equipment, cameras and photo supplies that he and Thomas collected over two decades. Fortunately, the students aren’t starting back to school with nothing. Most of their digital work was stored in “the cloud,” and some film photos had been digitized and backed-up. And, the students have a strong legacy of skilled art instruction as one of their top resources.

When the students visited UA in October, en route to exhibiting their photos at the Kentuck Festival of the Arts, they were upbeat about the future. Thomas said that she wants to pass on what she learned from her photo professor — the courage to try out new approaches. Maybe that’s just the thing to help them get back on their feet: “Gay taught me that experimentation is part of making art. Sometimes it results in a success, sometimes it results in a complete failure, but you never know until you try.” [fall18]

If you would like to contribute to Booker T. Washington Magnet High School’s fund, monetary donations can be made to the FAME Foundation with the designation, “BTW Photography Magnet”: https://www.btwfameboard.org. And, they have an Amazon Wish list of equipment they need: https://www.amazon.com/registry/wishlist/2ISQHK4RJ2QY4/ref=cm_sw_em_r_mt_awwl_s_qvygCbT8XR0NN 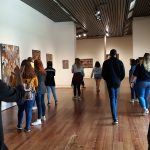 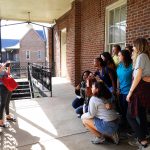 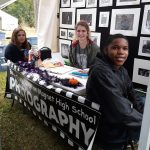