The American Advertising Awards is the advertising industry’s largest and most representative competition in the US. It attracts over 40,000 entries yearly in local chapters of the American Advertising Federation competitions. This is the first of a three-tier, national competition. These local winners will proceed to the second tier, to compete against winners from other local clubs in one of 15 district competitions. District winners then will be forwarded to the third tier, at the national stage level, with an awards ceremony in Palm Springs, California, in June.

Gold ADDY winners in the student category were: Lucy Cook, a senior BFA major in digital media, who also won a Judge’s Choice Award; Caroline Jerome, senior marketing major and studio art minor; and Ally Thomasson, a senior BFA major in digital media and painting, with a Spanish minor. All the student projects were completed in UA graphic design courses. Rachel Williams, a senior advertising major and studio art minor, won a Gold ADDY for three designs: as a designer in a project in a graphic design course and as an art director in two UA advertising projects.

Senior BFA major Anna Sella also won a Silver ADDY in the professional category for her designs for UA’s Culverhouse College of Business. 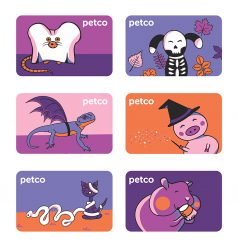 Lucy Cook won a Gold ADDY and a Judge’s Choice Award in the student category for her Petco Gift Card series. 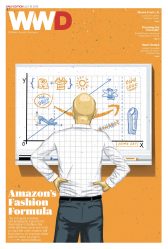 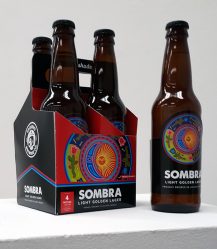 Anna Sella won a Silver ADDY in the student category for her Sombra Cerveza package design.

For information about The University of Alabama’s programs in studio art and art history, visit our Degree Programs page.