Artist Cedric Smith will speak about his artwork and practice Thursday, November 3, at 4:30 p.m., in the Camellia Room of Gorgas Library on UA campus as part of the Paul R. Jones Lecture Series. Smith’s new collection of work, Cedric Smith: Horsepower, is currently on display at the Paul R. Jones Museum in Tuscaloosa through December 7. There will be an artist’s reception on First Friday, November 4, from 5:00 to 8:00 p.m., in the Jones Museum.

Dr. Stacy Morgan, coordinator of the Paul R. Jones Lecture Series and professor of American studies and scholar of African American art and literature, notes that there are several fascinating aspects to Cedric Smith’s story, including his unconventional path as a self-taught painter and photographer to art world success. Smith also wants to influence viewers, Morgan said. “Smith is especially interested in creating art that will inspire young viewers with positive black imagery of a sort that he found lacking in U.S. visual culture during his own coming of age. His Couture series, for example, recasts high-end fashion with African Americans in the spotlight.” And the artist says of his Southern Trees series, “I’m subverting Billie Holiday’s 1954 lament to lynching, ‘Strange Fruit,’ by reclaiming the tree not as a place of public spectacle and death but as a perch upon which beautiful black “birds” may take flight.’” Smith’s current project, Horsepower, on display in the Paul R. Jones Museum, recaptures the often-overlooked early history of African American cowboys and jockeys.

Morgan said, “Cedric Smith is clearly an artist whose career is on the ascent, so UA is fortunate to have him share an overview of his work to date as part of the Paul R. Jones Lecture Series. And we’re delighted that he is debuting a new suite of works at the Paul R. Jones Museum in tandem with his visit.” 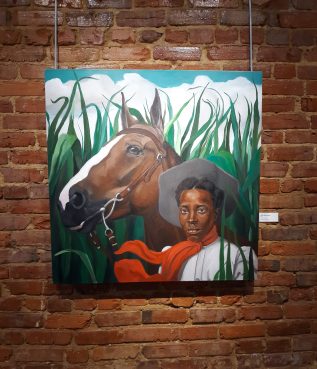 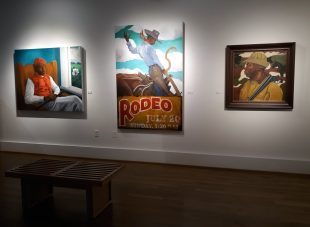 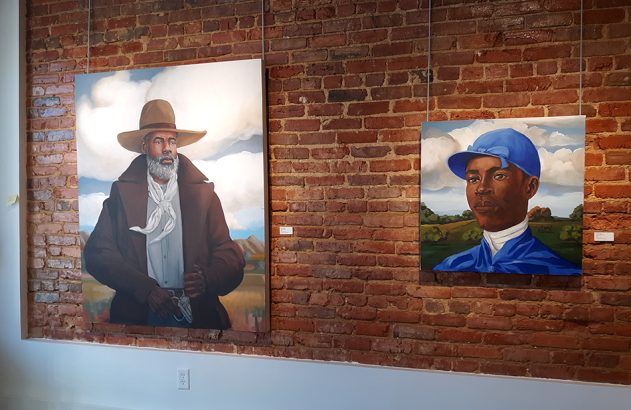 Cedric Smith has had solo exhibitions at prestigious venues including the Barbara Archer and Fay Gold galleries in Atlanta; the Noel Gallery in Charlotte, North Carolina; and the Curtiss Jacobs Gallery in New York. His work is in the permanent collections of institutions such as the Mint Museum, Charlotte; the DC Commission on the Arts and Humanities; Coca-Cola; New York Historical Society; and Hartsfield-Jackson International Airport in Atlanta. Smith has been profiled in numerous arts and culture publications, most recently in the October issue of Garden & Gun magazine. Cedric Smith’s website is here.