In January of 2013, Farley Moody Galbraith, the primary patron of the Sarah Moody Gallery of Art for the past 25 years, passed away. Because of Galbraith’s longstanding interest and her endowment, the gallery (originally supported by and named for Galbraith’s mother, Sarah McCorkle Moody) enjoys a strong reputation in the national art community. This issue is dedicated in part to Mrs. Galbraith. Bill Dooley, director of the gallery since 1988, has written a tribute to her, below.

Farley Moody Galbraith dedicated significant support to the arts throughout the state. One of the founders of the Shakespeare Festival at its original location in Anniston, Mrs. Galbraith was generous to arts organizations in her native Calhoun County, as well as those at The University of Alabama. She added significantly to support initially given by her mother to the art department at the time of the renovation of Garland and Woods Halls. Mother and daughter both believed that art exhibitions are a key component of the university’s fine arts cultural enrichment and the 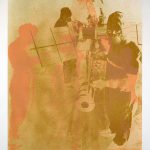 In 1989, Mrs. Galbraith established an endowed exhibition fund to produce changing exhibitions devoted to important contemporary arts programming. She wanted to make sure there was enough financial support available to attract significant artists’ exhibits so that UA students and community would have direct access to notable and influential art. Mrs. Galbraith loved the idea that the work of an internationally known artist such as Robert Rauschenberg could be on view in the department’s art gallery on Woods Quad. Her support was intended to bring the culture here. She wanted visitors to be able to see such a show as many times as they wanted without having to travel to an urban center.

Periodically Mrs. Galbraith would call on me to ask how the endowment was supporting exhibit production. Since it was an endowed account, there were a few years when a funding shortfall might require us to adjust our programming accordingly. This did not sit that well with her, and as a result, she made additional gifts to the endowment so that it became more and more robust. In her mind, she did not want us to be limited in programming by a lack of funding!

Over the years, we have been fortunate to be able to maintain a high quality of contemporary arts programming for 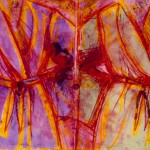 UA students and the surrounding community. The gallery is an amazing amenity for the Department of Art and Art History, thanks in large part to the sustained support created by Mrs. Galbraith. She was modest about her role as supporter of the arts and did not wish to have her name in lights. She herself enjoyed making art and understood the fragility of the creative process and its need for stable funding. She was a solid supporter who expected real-life benefits to come from her gifts, such as an education rich in the arts. That was thanks enough for her. It is my hope that the Sarah Moody Gallery of Art will continue to meet the high expectations enabled by her endowment. It is truly exciting to be part of a gallery program that has had such a dedicated and significant patron as Farley Moody Galbraith.

— William T. Dooley
Images from the Permanent Collection of the Sarah Moody Gallery of Art 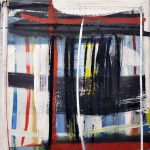