The public is invited to have an immersive video experience during April First Friday in downtown Tuscaloosa! UA digital media students have made new work in response to the Paul R. Jones Collection of American Art at The University of Alabama. On April 7 (First Friday), near two downtown Tuscaloosa galleries, The Jones Projection will be projected onto two buildings between 7:00 and 9:00 p.m. One projection will be on the side of Grace Aberdean Habitat Alchemy, on 9th Street between 21st and 22nd avenues (2424 9th Street). The other projection will be in the alley behind Harrison Galleries, approached from 23rd Avenue. 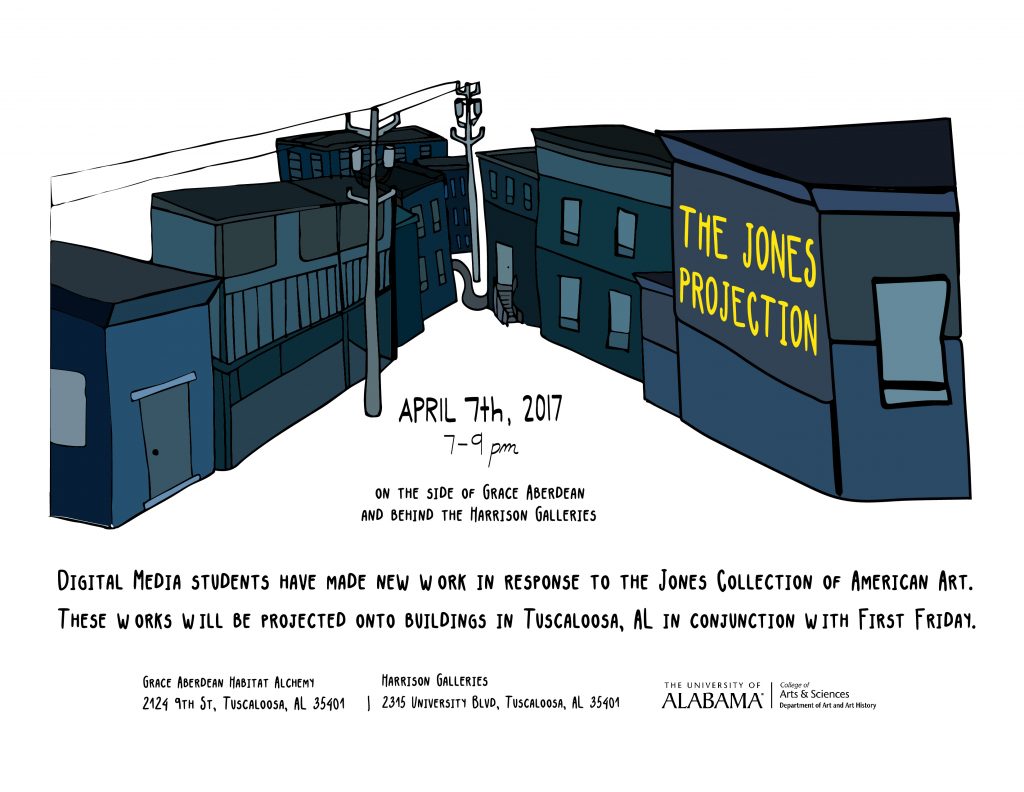