The UA Department of Art and Art History cordially invites everyone to a public lecture by artist James Emmette Neel, in conjunction with his exhibition in the Sarah Moody Gallery of Art. Neel will speak on Thursday, January 12, 2017 at 11:00 a.m. in Gorgas Library 205 on UA campus. On the same day at 5 p.m., a reception for the artist will be in the SMGA, 103 Garland Hall. 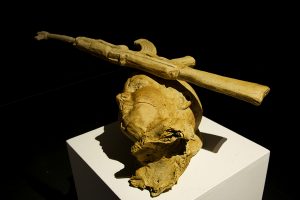 During the summer of 2014, Neel lived for a month on the Turkish/Syrian border. In his lecture, Echoes Along the Syrian Border: Family Archeology and the Sound of Distant Gunfire, he will discuss his experiences and his commitment as an artist to addressing the plight of children in the Syrian crisis and those children victimized by violence in other areas of conflict. The lecture accompanies the opening of the exhibition by the same title in the SMGA. The objects in that exhibition span a four-year period and include works begun in a 2016 four-month John Michael Kohler Arts Center Arts/Industry Residency.

Neel is concurrently at work on these long-term projects:

Appointed Professor of Art at Birmingham-Southern College in 2016, where he has served as Chair and Director of the Durbin Gallery, Jim Neel was Chair of the Visual Arts Department of the Alabama School of Fine Arts from 1973-2002. 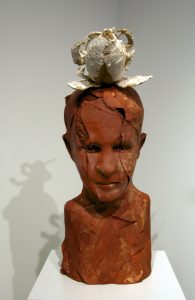 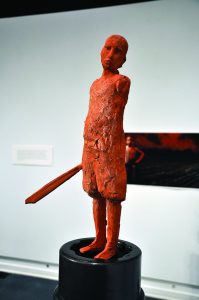