Dr. Lucy Curzon has been invited to serve on the Mass Observation Critical Series Editorial Board by Bloomsbury Academic Publishing. Dr. Curzon was selected for this role because of her award-winning monograph, Mass Observation and Visual Culture: Depicting Everyday Lives in Britain (Routledge, 2017). She will join scholars from Canada, the United States and the United Kingdom in crafting and promoting a new series of books that focuses on the original Mass Observation movement and the current Mass Observation Project. 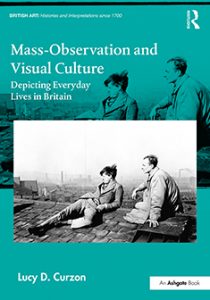