This fall at UA’s Majors Fair for undergraduates, we featured the variety of career choices available to art majors and masters students — and the news from our alumni bears this out! 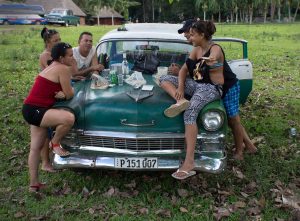 in a solo exhibition, Cuba: de lo profundo del alma (Cuba: Soul Deep), in January at the Julio Larramendi Gallery of Photography in Havana, Cuba. As this issue goes to press, Graffeo, UA Honors College instructor Chip Cooper and Cuban photographer and gallery owner Julio Larramendi have a 3-person show, Troika: Cuba Soul Deep, at the Tennessee Valley Museum of Art in Tuscumbia.
Graffeo plans two more trips to Cuba this spring and summer to continue her work. Graffeo, Cooper and Larramendi will also exhibit their project at the University of Montevallo’s Bloch Hall Gallery of Art in the fall of 2016.
In 2015, Graffeo exhibited Let Us Now Praise the Roma at the Odessa Woolfolk Gallery at the Birmingham Civil Rights Institute and then at the Walnut Gallery in Gadsden (directed by UA art alumnus Mario Gallardo [MFA 2002]). The photographs, part of a long-running project for which she has been awarded several grants, document the culture of the Roma, or “gypsies,” inside refugee encampments, caravans, slums and housing projects in Italy. In 2013, Graffeo was selected as a Fulbright Senior Scholar to Romania and in 2005 she 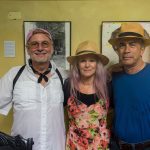 JIM NEEL (MFA 1973), associate professor of art at Birmingham-Southern College, was awarded a 2016 John Michael Kohler Arts Center Arts/Industry Residency, in order to create a large-scale installation piece, Archeological Fragments. Now that he has returned from Wisconsin, he has three upcoming exhibitions scheduled in the state of Alabama: BSC in October, the Huntsville Museum of Art in mid-November with Karen Graffeo and UA’s Sarah Moody Gallery of Art in January 2017! Neel’s website is here: https://jimneel.com/.

DARIUS HILL (MFA 2014) and wife, artist Bethanne Hill, and their children were featured in the January 2016 issue of Family Circle magazine article, “Modern Life: A Biracial Family Shares Their Story.” Hill, an award-winning artist, has headed the visual arts department at the Alabama School of Fine Arts since 2000.

LACI JORDAN (BA 2011, digitial media) has been working her way up, from a designer 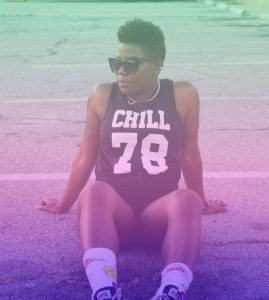 at Creative Campus to a graphic designer at Creative Artists Agency in Los Angeles. All along, Jordan has done freelance design work and had her own company, So Laci Like, where she specializes in branding, digital illustrations, web and art direction. Her portfolio is www.lacijordan.com and she says, “you can find me creating fresh artwork at www.solacilike.com.”

Three photographs by SARAH CUSIMANO MILES (MFA 2010), from her series, Solomon’s House (her MFA thesis exhibition at UA), have been included in a major exhibition at Brown University, Dead Animals, or The Curious Occurrence of Taxidermy in Contemporary Art. Her photos are alongside works by renowned artists Damian Hurst, Richard Ross and others. In addition, Miles’ Brown Bear (Ursus arctos) is featured on the cover of the exhibition catalog. Miles teaches at Jacksonville State University where she has contributed to the transition of the traditional film-based photography program to a digital-based curriculum. She also maintains a commercial photography business based in Gadsden. 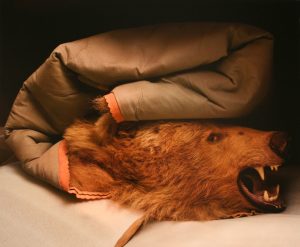 KHARA KOFFEL (MFA 2003 in sculpture and photography), associate professor of art at MacMurray College, has had artwork accepted to Telling Tales, a national, juried exhibition at the TEJAS Gallery in Dayton, Ohio. Koffel’s work was were accepted to three juried shows: Small Works 2015 at Main Street Arts Gallery in Clifton Springs, N.Y. Gendered Perspectives: An Investigation into Gendered Identities, Hartman Center Gallery of Bradley University, Peoria, IL.  Koffel was one of 126 artists from nearly 700 entries to have work accepted to the 14th annual Small Wonders, at Circle Gallery in Annapolis, sponsored by the Maryland Federation of Art.

Since graduation, ALLY MABRY (BFA 2014) has worked as a graphic production artist in Austin. In October, she was awarded the 2015 MarCom Gold Award in the Informational Category for “Lockout Tagout – LOTO Is Not A Choice” by the Association of Marketing and Communication Professionals. Mabry also won the 2015 Gold ADDY in the Tuscaloosa Advertising Federation Student ADDYs for Magazine Design for UA Honors College’s Mosaic Magazine.

MENG TONG (MA 2014, art history) has interned at the New Orleans Museum of Art since June 2014. She was accepted into the PhD program of the Kress Foundation Department of Art History at the University of Kansas in East Asian Art. Tong’s research at UA focused on Buddhist cave arts along the overland Silk Roads during the medieval period. She traveled to Dunhuang, China, to study the Mogao Caves, a major Buddhist pilgrimage site on the Silk Road. The trip was funded in part by the Research and Travel Fund of the UA Graduate School, Capstone International and the Department of Art and Art History.

VIRGINA ECKINGER (MFA 2014) is an Artist-in-Residence at Craft Alliance Center of Art + Design, specializing in clay. Eckinger teaches Craft Alliance’s community outreach and educational programs and is the Clay Studio Manager at Craft Alliance’s Grand Center location. She exhibits her work nationally. She recently exhibited her work at Paperworkers Local in Birmingham. 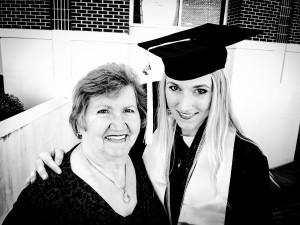 ALI HVAL (BFA 2015) has been accepted to graduate school for fall 2016 at The University of Iowa’s School of Art and Art History, to concentrate in painting and drawing. She was awarded a teaching assistantship and a tuition waiver for all three years, as well as a $2,500 scholarship the first year. As a senior at UA in the spring of 2015, Hval was awarded one of only ten nationwide Windgate Fellowships. Read more about Hval here. 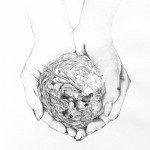 Erik Hestevold (BA 2011, studio art and philosophy) is a Graduate Research Assistant to Dr. Nikolaos Panagopoulos at UA in marketing.  He also is working with Alabama Heritage on a project to analyze and understand the magazine’s readership.

In April, Patricia Lynn Davis (BFA 2010) presented her thesis exhibition, Don’t Worry, for the MFA degree from the University of Nebraska–Lincoln’s Department of Art and Art History.

A whole passel of our alumnae — as well as a current student and an instructor — are part of the exhibition at Union Grove Gallery, UAH, in Huntsville! AMY FEGER, KAREN GRAFFEO, AYNSLEE MOON and HEATHER WHIDDEN, as well as current grad student CELESTIA MORGAN and instructor CHARLOTTE WEGRZYNOWSKI join the Alabama Women’s Caucus for Art’s first juried exhibition, Intimate Spaces, May 21-July 2.

JILL HAMRICK ENGLAND’s (BFA 2008) Southeastern Scenery: Through the lens of Jill H. England, will be on display in the Leo Reynolds Gallery of the Gadsden Museum of Art, May 6 — June 24 2016. England is also a member of Birmingham’s Paperworkers Local (see page 1).

THORNTON WILLIS (MA [MFA] 1966) had an exhibition, step up, in March and April at the Elizabeth Harris Gallery in New York City.

Claire Lewis Evans (MFA 2015) just installed a new bouquet of her colorful large-scale mobiles at the Lowe Mill Arts & Entertainment venue in Huntsville. Actualities will be up through July 9.

Alumni and students, we want to know what you are doing these days. Contact Rachel Dobson: rachel.dobson@ua.edu OR fill out the online form here: https://art.ua.edu/alumni/. Thank you! [s16]