UA art alumna and surrealist artist Janice Hathaway (BFA 1973, MFA 1975) has been invited to exhibit her collages at 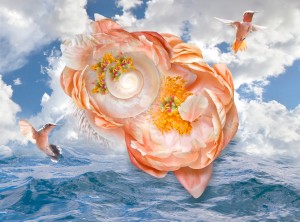 Janice Hathaway earned both her BFA and MFA at UA, focusing her graduate studies in printmaking and photography. She taught at the University of Hawaii and Kapi’olani Community College in Honolulu for two decades and has served as Professor of Art at Thomas Nelson Community College in Virginia since 2008. Hathaway said that while at UA, her greatest influence was 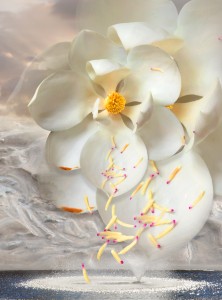 Hathaway has transformed the photography and printmaking approach she learned at UA into her current work that combines her photographs into multi-image collages she prints as archival digital prints, sustaining her long-term interest in creating two-dimensional and sculptural collages. More of her work can be viewed on her website.

Surrealism was integral to Hathaway’s experience at UA. In the early 1970s, Hathaway was a member of the Dada-inspired Raudelunas group formed by University of Alabama students to explore avant-garde music, art and performance. Beginning in 1973 the group regularly 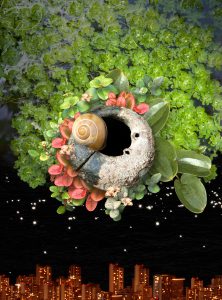 marched in the annual UA Homecoming Parades in a variety of guises such as The Marching Vegetable Band and The Marching Appliance Orchestra. Their activities resulted in a series of exhibitions and performances at the UA Ferguson Gallery and Ferguson Theater that included “From the One That Cut You” in 1974 and the “Second Raudelunas Exposition & Science Fair ‘Pataphysique” in 1975. Hathaway was also a founding member of the Alabama Surrealist group. A retrospective “Raudelunas Exposition 2013” and a reunion concert, “Raudelunas Revival,” were held at the UA Ferguson Center in 2013.