Four steel sculptures created by students and faculty at UA’s Department of Art and Art History raised $52,000 for the 9th annual Nucor Children’s Charity Classic silent auction this year, the second year the department has contributed art to the charity. 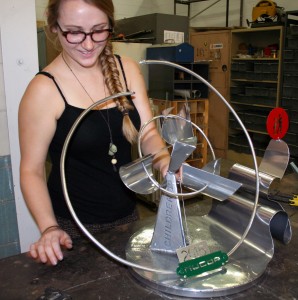 Senior Alli Sloan, recent BFA grads Ali Jackson and Eric Nubbe, along with Associate Professor Craig Wedderspoon, all donated art work to the 9th annual Nucor Children’s Charity Classic auction which was held October 18, 2015. Sloan, who is a double major in graphic design and advertising, was inspired by the motion of a golf swing in creating her sculpture, which brought $10,000 at auction. She designed and made a spiraling shape in steel with undulating metal waves to add movement. She sprayed on a silver metallic powder coating over the whole work, similar to chrome. 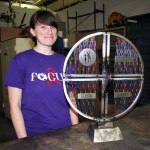 Recent BFA grad Ali Jackson’s sculpture brought $12,000 to the charity auction. Jackson created a large circular steel form incorporating many different colored beads and the Children’s of Alabama logo. This was the second year for BFA graduate Eric Nubbe to create and donate a sculpture. He now works as a sculptor’s assistant in the department’s foundry. Nubbe’s sculpture brought in $15,000 this year. In the 2014 Charity Classic, the winning bid for Nubbe’s steel model of Children’s Hospital was $11,000. 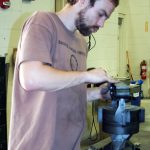 Craig Wedderspoon made a new version of his “Simon the Lion” bronze sculpture, which brought in $15,000. Simon is the official mascot of Children’s of Alabama. Last year’s Simon by Wedderspoon also brought $15,000 at auction.

Text is used on each sculpture. Words like “Nucor,” “Children’s” and “Classic” are cut as raised or engraved letters or, as in Sloan’s work, cut into thin steel rectangles and floated a few centimeters above a steel base. The text on all of the sculptures was milled by Mechanician Joe Howell at the Arts and Sciences machine shop in the Department of Physics and Astronomy, along with David Key and Michael Perrigin, all of whom contributed essential detail work to the sculptures this year and last, noted Craig Wedderspoon. “It’s a great example of our work together in the College’s Bureau of Mines Arts and Engineering Complex.” 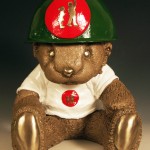 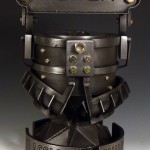 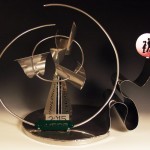 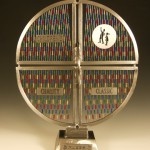 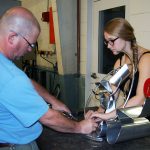