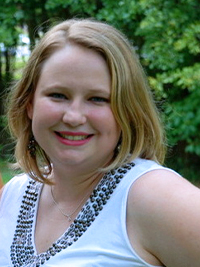 Micah-Shea McKibben has taught art history at UA since 2017. She currently teaches Introduction to Visual Arts (ARH 151), Survey of Art I (ARH 252) and Survey of Art II (ARH 253). Since 2018, McKibben has served in a volunteer position on the Kentuck Festival of the Arts steering committee as the co-coordinator for volunteers, helping to organize and recruit volunteers to assist with the annual nationally acclaimed arts festival in Northport, Alabama.

McKibben’s master’s thesis was titled “Moving Beyond Beauty: Uncovering Sandro Botticelli’s Isis,” under the direction of Dr. Tanja Jones. As a graduate student, she specialized in 15th-century Renaissance Italy and early 20th-century art. She presented her research on Botticelli’s “Isis” at the South Central Renaissance Conference in St. Louis, Missouri, a regional conference of graduate students and professionals in Renaissance Studies. McKibben, who held a graduate teaching assistantship, received the Master of Arts degree in art history from UA in 2016. She graduated cum laude from the University of South Alabama’s Honors Program in 2012 with a BA in art history and a minor in history.