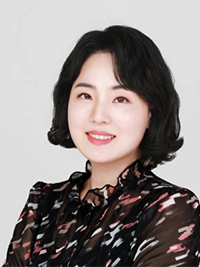 Dr. Kim is completing her book project, Korean Contemporary Art: New Directions since the 1960s, which was accepted by Reaktion Books (London; distributed by the University of Chicago Press: Chicago) with an advanced contract. Kim’s book deals with a range of Korean art involved in artistic creation, including the experiment, performance, gender, identity, religion, and multimedia from the mid-twentieth century to the early twenty-first century and shows how Korean artists continuously communicate with people and transmit the value of our lives today. Kim is currently working on another book project, Korean American Art: Diversity, Identity, and Communication.

She is also the author of Jung Yeondoo’s Media Art: Quantum Deformation through Coincidence of the Real and the Virtual. Her article, “Reinscribing Tradition in Twentieth-century China: A Biographical Sketch of Pan Tianshou (1897-1971)” was published in Asian Culture in December 2020. She published her article, “Debating Wang Meng’s (1308-1385) Undated Handscroll: The Continuous Dialogue between Images and Texts in China” in Misulsahak yŏn’gu (Korean Journal of Art History) in March 2020. She has published three articles related to the Chinese artist, Pan Tianshou (1897-1971), in Orientations, Journal of Museum Studies and American Journal of Chinese Studies.