Students in Associate Professor of Photography Christopher Jordan‘s intermediate and advanced photo classes (ART 318 and 418) have been staging production photographs around UA campus for the past several semesters. Below is an example of one that was produced in the Alabama Museum of Natural History in Smith Hall. 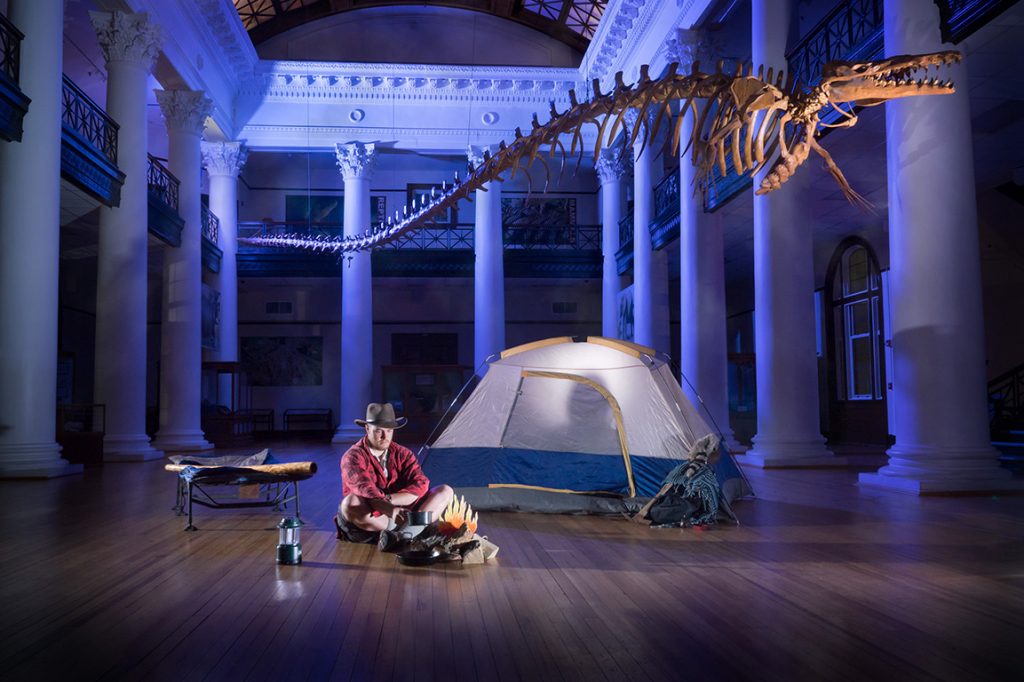 The image is made in a “directorial mode,” similar to the style of contemporary photographer Gregory Crewdson, in which a fictional reality is established. In this image, a lone character resembling Indiana Jones “camps out” inside the Alabama Museum of Natural History. The “nighttime” lighting as well as the fact that an explorer sits in front of a fake fire inside a museum instead of out in the wild, lends a surreal atmosphere to the scene.

Find out about the other “fictional reality” photo shoots students staged at the Gorgas House, on Woods Quad  and at the ‘little round house’ (officially known as the Guard House, built in 1862).