Associate Professor of Photography Christopher Jordan reported on some intriguing photo projects his students have been working on this past school year. “Over the past several semesters,” he said, “in my intermediate and advanced photo classes (ART 318 and 418), my students and I have been staging production photographs around campus. You might recall the images from the Gorgas House, on Woods Quad, at the Museum of Natural History and now this semester, the ‘little round house’ (officially known as the Guard House, built in 1862).”

After they obtained permission to use the space, the photo shoot of the Guard House took place early evening on April 18, 2016. Professor Jordan said that the image is made in a “directorial mode,” similar to the style of contemporary photographer Gregory Crewdson, in which a fictional reality is established. “In this image, a solitary dancer occupies the space lit in a way to create a dreamlike atmosphere. In one of the images, a passerby takes a closer look at the unusual event unfolding. The photo production employed various lighting strategies to support the illusion, including shooting at dusk with lights hidden strategically inside the little round house, just outside the frame.”

Here are some of the photographs of students working on the production and and then photos taken by the students. Click on the thumbnails for larger versions. 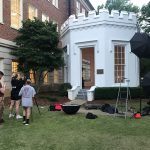 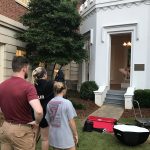 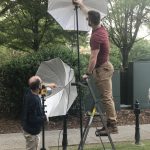 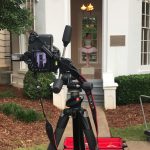 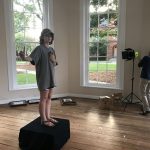 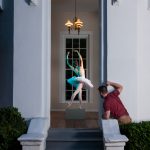 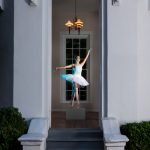 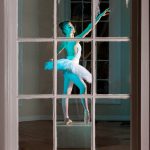 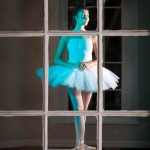 If you’d like to read more about the history of the Civil War-era Guard House, read Robert O. Mellown‘s The University of Alabama – A Guide to the Campus and Its Architecture (2013) or read this blog post from our friends at Alabama Heritage magazine.