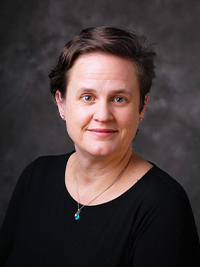 Dr. Curzon joined the department in 2007. She teaches graduate and undergraduate courses on modern and contemporary art. Her current research focuses on gender, national identity, and visual culture, particularly relating to the interwar, wartime and early postwar periods in Great Britain and Western Europe. She also publishes on contemporary queer portraiture and representations of queer kinship. In 2018, she received the Historians of British Artist Book Award for Exemplary Scholarship on the Period after 1800 for her book, Mass-Observation and Visual Culture: Depicting Everyday Lives in Britain (Routledge, 2017).

In 2019, Dr. Curzon received the Morris L. Mayer Award for her “selfless and significant service and leadership for the UA community and significant contributions to student life and integrity.”

Dr. Curzon holds a BA in British History from the University of Kings College (Halifax) and a PhD in Visual and Cultural Studies from the University of Rochester. She also holds a graduate certificate in Women’s and Gender Studies. She is Graduate Program Director for Art HIstory, serves on the Executive Committee for the Alliance for the Study of Adoption & Culture (ASAC), and is a member of the Mass Observation Critical Series Editorial Board for Bloomsbury Academic Publishing and an advisory board member of  the Formations: Adoption, Kinship, and Culture book series for ASAC/the Ohio State University Press.